On Friday, September 25, 2020, The Salute to Surf City Heroes Week concluded with a recognition event at Veteran’s Park. Below is a video taken at the event, courtesy of SCTA member Richard Miller.

The event was kicked off by Ron Fiore who welcomed everyone, read the proclamation declared by Mayor Francis Hodgson and announced that over 300 “Salute to Surf City Heroes” yard signs have been distributed.

SCTA Treasurer Bob Fried stated  that on behalf of the SCTA Board and our over 600 member-homes and businesses, that four donations of $750 each are being given as follows:

Surf City Police – letter and check will be sent to Jon Potter, President of the Long Beach Island PBA 175 as requested by our police chief, John Casella.

Surf City Beach Patrol – letter given to Mark Dileo and check sent to Christine Hannemann, Surf City Borough Clerk, for the purchase of several new digital radios for the beach patrol, to assist in the transition from analog to digital radios.

The event was concluded with picture taking and SCTA giving out “Salute to Surf City Heroes” yard signs to those in attendance.

pring and Summer. You can join the celebration — and show your support — by putting a sign on your property for all our essentials workers to see (the sign is pictured below, shown in the ad running in this week’s Sandpaper).

FOR CURRENT SURF CITY TAXPAYER ASSOCIATION MEMBERS (or if you are not sure if you have paid 2020 dues):

We’ve arranged for EVERY taxpayer member to get a sign to display for free. Contact one of the following board members, either by email or phone, to arrange pickup:

IF YOU ARE NOT A CURRENT SURF CITY TAXPAYER ASSOCIATION MEMBER

You can purchase a sign for $10. This same $10 will also cover your membership cost for 2020. Please contact one of the board members listed above to make arrangements.

We look forward to an overwhelming show of support…and watch for more details on additional celebration activities.

With the Governor’s orders restricting in-person gatherings, we have unfortunately had to cancel our traditional August General Meeting scheduled for Saturday, August 22 at the Firehouse.

But as many other organizations have done, we’re adapting to current conditions and have video recorded the meeting for you to view at your convenience — with the idea of maintaining as much of the content and flavor you’ve come to expect from these meetings. See the video #1 below.

This also gives us the opportunity to expand on the information-sharing part of our mission. Below you’ll also find two filmed interviews addressing very important and current issues in Surf City.

Below, you can view the Board presentation portion of the meeting. We cover:

In the links below provided by Dan, you can find additional information:

No prescription or symptoms required.

We talk with Rick Bushnell, Founder of ReClam the Bay who addresses:

Here are links referred to in the video:

To see other flooding resources that Rick refers to in the interview, click her to go to ReClamTheBay.org

If you are not a member of SCTA (and do not get our emails), you can join by clicking this link.

Several individuals and small neighborhood groups have contacted the Taxpayer Association regarding flooding issues in Surf City.  It is a subject that is brought up at nearly every general meeting the Surf City Taxpayer Association holds.  We wanted to highlight our approach to this issue and share some resources for those who are interested in more information.

We’ve prepared a downloadable document (see below) that summarizes — in detail — what the Borough is doing,  provides important links for further information and provides a contact person who has volunteered to serve as a conduit — for Surf City homeowners — for all flooding-related information in Surf City. We encourage all who are interested or affected to download this comprehensive report.

In discussions with Borough Hall, it has been decided to postpone the “Meet the Mayor Meeting” on June 20 with the possibility of rescheduling later in the summer.

Please watch this website and your email for further updates on this event and all the other Surf City Taxpayer events.

Be on the lookout for the SCTA 2020 Membership Mailing.

It will have a calendar of events, a letter and an application to join or renew your membership.

You can also renew your membership by clicking here and going to our Join Us page.

We hope that you and your family doing well and adapting to our new-normal, as we move forward to the next phase of Covid-19 recovery.

Your Surf City Taxpayers Association (SCTA) board has been meeting through the winter and spring (via Zoom) to plan the summertime events and activities we sponsor, to continue to address issues facing Surf City, and you, the taxpayers, and working on other initiatives to support our Surf City community.

Events and Activities.  Please click here to see the SCTA Season Overview and Calendar of Events.  You will see that we are planning a full slate of activities.  With our ongoing Covid-19 situation, every 15 days we will evaluate whether to hold, postpone or cancel the events.  We will communicate with our members via email blasts, postings on this website and/or placing notices in the Sandpaper.

Joining — or Renewing Your Membership in SCTA.   We hope you will join the Taxpayer Association this year so that we can continue to sponsor member-oriented events, invest in projects and programs such as beautification and public safety, serve as your spokesperson / advocate on matters that are important to you and your fellow taxpayers, and continue to financially support vital local non-profit pour organization that serve our community.

You can renew your membership or join SCTA right on this website. Click here to find the annual membership form…as well as the link to join and pay via credit card.

Keeping in Touch.  The Surf City Borough Council is now holding their monthly public meetings remotely — and you can participate. Click here to go to the Borough website where you’ll find information on using the Go To Meeting app and the rules for participating. These meetings take place on the second Wednesday of every month, at 7:30 p.m.

A good friend of SCTA, Mike Tomko (proprietor at Wally’s here in Surf City) wants to let our community know about Sunday’s ALO Pancake Breakfast Fundraiser at Applebees on Route 72 in Manahawkin. It runs from 8am to10am. Cost is $10.

For more information the Alliance For a Living Ocean, you’ll find their website here: http://www.livingocean.org/ 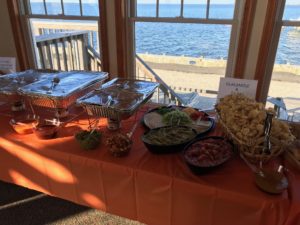 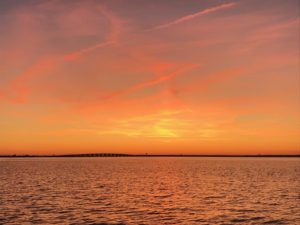 On Friday, September 20, a group of 150 Surf City Taxpayer members gathered for the first ever “Taste of Surf City Member Cocktail Party” at the Surf City Yacht Club.

The sold-out event  brought together 150 homeowners with fifteen local merchants for an evening of hors d’oeuvres, desserts, wine, beer, music, conversation – and a spectacular September sunset. See more photos from the event below.

It was unanimously agreed that this first collaboration between the Surf City Taxpayer Association, merchant community and Yacht Club was a smashing success. So many neighbors met for the first time. Many rekindled old relationships. Over 25 different food options ranged from a Taco Bar, to empanadas, shrimp cocktail to gourmet pizza, jalapeno poppers to Swedish meatballs…finished off with assorted Cookie Bars, Fudge and Pumpkin Spiced Coffee. 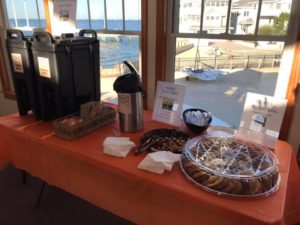 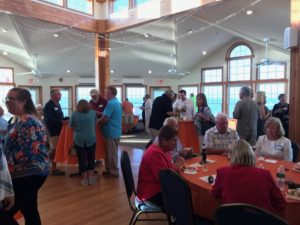 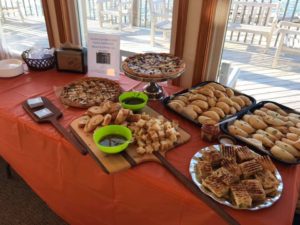 Here are a few of the comments sent to us by those who attended: 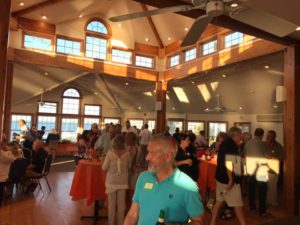 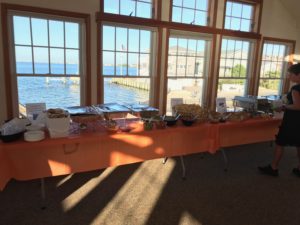 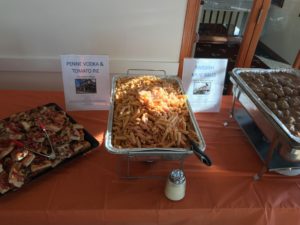 In a topic of importance to many Surf City taxpayers, the state legislature has sent a bill to Governor Murphy to exempt some homeowners from a new tax that would be levied on rentals of homes.

This article from NorthJersey.com details the exemptions and states that it is yet unclear whether  the Governor intends to sign the new bill.